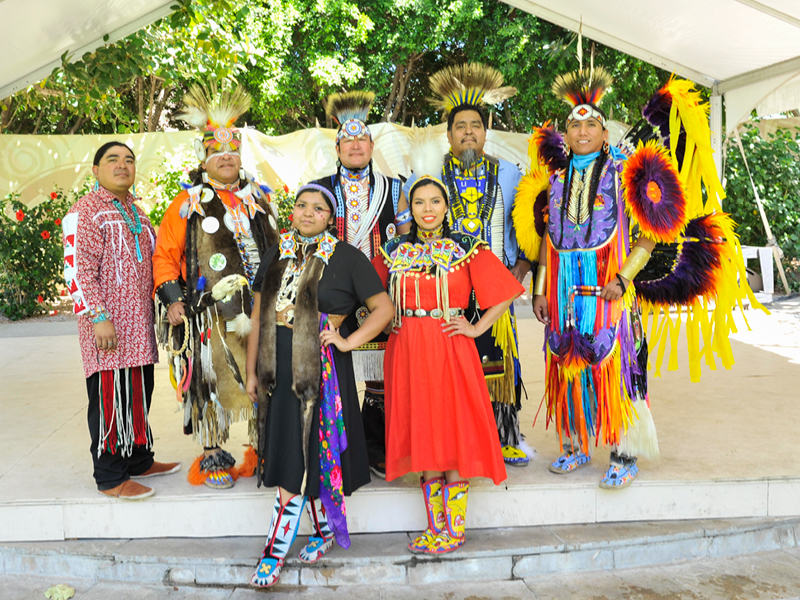 DANCING WITH THE UNIVERSE | Native Style

DANCING WITH THE UNIVERSE | Native Style is a new theatrical work that tells a story of seasons and cycles and the value of being in tune with the movement of the universe.

As one of Arizona’s cultural treasures, Davis, who has Hopi and Choctaw heritage, is the only seven-time World Hoop Dance Champion and has lectured and performed in Germany, Denmark, Malaysia, Africa, Japan, Australia, and Singapore. He is the founding artistic director of Native Trails, has earned the title of Champion Fancy Dancer, and was designated the head Man Dancer at the inaugural powwow at the Smithsonian Museum of the American Indian. Davis has worked with the Heard Museum, The Phoenix Symphony, Canyon Records, Willie Nelson, and American Indian Dance Theatre and has been featured on the covers of leading publications like Smithsonian Magazine and Native Peoples Magazine. Today, Davis continues to oversee Native Trails and his Living Traditions Dance Troupe, speaks professionally on First Nations history and culture, and is closely involved with the Hopi community.

A collective of regional Indigenous performers, The Living Traditions Dance Troupe celebrates and educates about the rich heritage of Southwest tribes using song, dance, and storytelling. Topics include the Akimel O’odham, or River People, who lived on the banks of the Gila River and Salt River; the great oral history of the Navajo or Diné people; the matrilineal clans of the northeastern Arizona Hopi Tribe; the history of the Orme Dam victory; traditional food systems that are healthy and sustainable; native languages and symbols; handmade baskets; weaving and tools; and traditional instruments like flutes, gourds, and drums. The troupe focuses on honoring cultural differences while remaining united in building a healthy future for the generations that will follow.